Chabad-Lubavitch of the Virgin Islands is dedicated to serving all Jews throughout the territory with Ahavat Yisroel - an unconditional love and concern for every Jew, regardless of background and affiliation.

Its multiple programs provide the education to promote Jewish knowledge and awareness and the means to practice and experience our Jewish heritage.

It encourages positive action on the part of every Islander and facilitates these efforts to increase in goodness and kindness. It strives to seek out every Jewish visitor, affording them a moment of Jewish connection and a positive Jewish experience.

Meet The Rabbi
Rabbi Asher Federman grew up in Los Angeles, California and spent his teenage years studying at Yeshivas Lubavitch in Oak Park, Michigan. At eighteen he began to study at the Rabbinical College of America in Morristown, New Jersey and received his bachelor's degree in Religious Studies.

Rabbi Asher & Henya Federman moved to the Virgin Islands in 2005. Their goal is to reach out to every Jew by providing a wide variety of educational, religious, and social services. Their emphasis is on sharing the treasures of our tradition and affording every Jew the opportunity to experience his or her wonderful Jewish heritage.

Known officially as Beracha Veshalom Vegimulth Hasidim, the synagogue in St Thomas is the oldest in continuous use under the American flag and the second oldest synagogue in the western hemisphere. This synagogue is an architectural and historical gem in the middle of the Caribbean. The sand-covered floors are a carryover of the congregation's Sephardic tradition. In 1997 the building was designated a National Historic Landmark. Weibel Museum, which is adjacent to the Synagogue, showcases over 200 years of Jewish life in St. Thomas. Visitors of all faiths are welcome to experience the simple and stately interior of this National Historic Landmark.
Phone: 340-774-4312
Website: synagogue.vi

The Islamic Center: Masjid Nur Ahl-Us Sunnah located on St. Thomas,US Virgin Islands and is the only Islamic community on the island. All are welcomed!

Nestled in the US Virgin Islands is the Islamic Center: Masjid Nur Ahl-Us Sunnah located on the Island of St. Thomas.

The establishment of the Muslim community began in the US Virgin Islands 37 years ago with the opening of the first Islamic Center called Masjid Muhammad in 1978 on the island of St. Thomas.

It was later renamed Masjid Nur Ahl-Us Sunnah which is currently located in Charlotte Amalie, the capital of the US Virgin Islands. There is currently a Muslim population of approximately 500 Muslims that are made up of indigenous Virgin islanders, Palestinians, Pakistanis, Egyptians, Jordanians, Africans and residents that moved here from the continental USA.

This is the only Islamic community on island. Masjid Nur Ahl-Us Sunnah is an independent non profit organization.

Much like their US stateside Muslim community counterparts, there is a struggle to maintain a sense of community amongst the indigenous African-Caribbean Muslims along with the other ethnic groups. Despite some of their struggles in trying to understand one another, they still work to try to come together so that they and their children can have a sense of hope in practicing Islam on such a small predominately Christian island.

St. Thomas, USVI mostly relies on tourism as its primary economic activity. Therefore, we receive many Muslim visitors from various countries and islands.

Everyone is always welcomed as Masjid Al Nur provides religious, educational and recreational activities for members of the congregation and the local community.

Cathedral Church of All Saints

Built in 1848 from stone quarried on the island, this church has thick, arched window frames lined with yellow brick that was used as ballast aboard ships. The church was built in celebration of the end of slavery.

Located steps away from Main Street, this church was the official church of the Danish West Indies. The building went up in 1793 and replaced two earlier buildings that were destroyed by fire. It has since been refurbished.
Phone: 340-776-1315

Completed in 1848, this stunning cathedral serves as the seat of the Territory's Roman Catholic Diocese. Mural paintings on the ceiling and walls depict more than 12 major scenes from the Old and New Testaments. Presently undergoing restoration, the Cathedral is open daily for services and welcomes visitors of all faiths. Complimentary tours available by appointment.
Phone: 340-774-0201
Website: www.catholicvi.com

Established around 1660, this church has the oldest congregation in the Virgin Islands. Organized by Dutch traders as the St. Thomas Protestant Reformed Dutch Church, early services were held in Fort Christian. The first church was built in the mid-1670s and remained in use until at least 1731. In the 1740s a new church was built on Snegle Gade, which burned in 1804, two years before the replacement was again destroyed by a fire in 1806. When the islands were transferred from Danish rule to the United States, the baccalaureate service for the transfer was held at the St. Thomas Reformed Church as it was identified as the American church in the Danish West Indies.  Today, visitors can attend worship services on Sundays at 10:00 AM with Rev. Jeffrey Neevel.
Address: Located at the corner of Nye Gade & Crystal Gade (3 1/2 blocks in from the waterfront, in the historic district of Charlotte Amalie)
Phone: (340) 776-8255
Website: www.stthomasreformedchurch.org

Enjoy the best water sports activities on
St. Thomas, US Virgin Islands!
Follow us on social media.
Tag us @WaterSportsVI 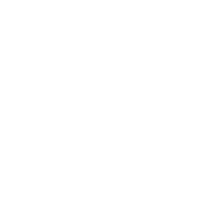 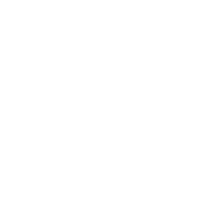 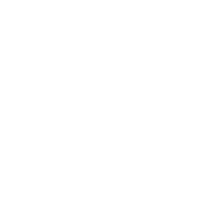 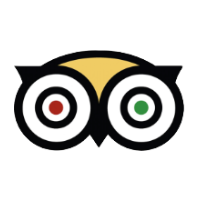 American citizens don't need a passport to come to the US Virgin Islands. We have a wide variety of water sports activities waiting for your visit.

Tell your friends about us by sharing this page! 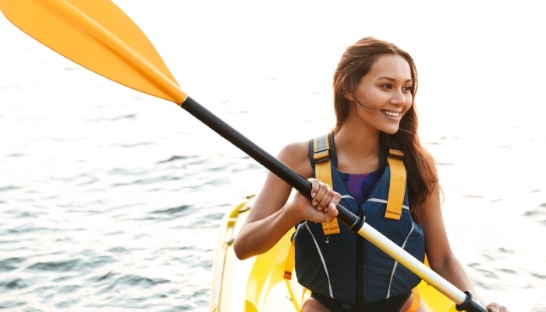 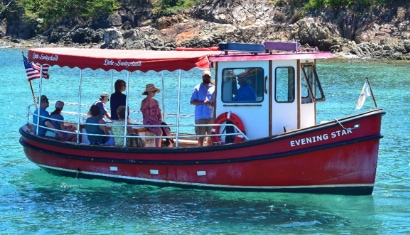 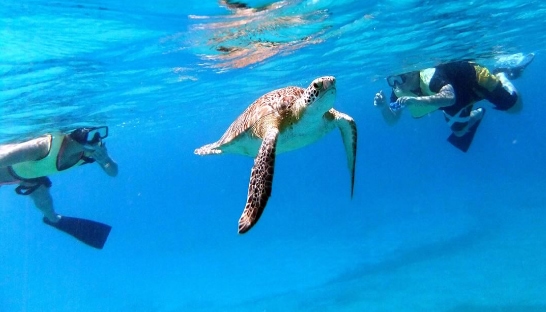 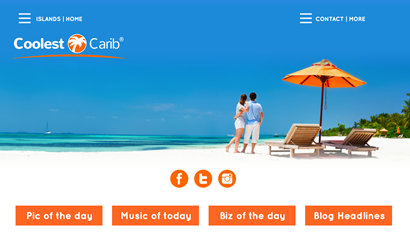